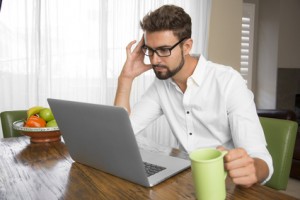 Hemingway got his creative juices flowing by sharpening pencils. John Steinbeck did it by writing warm-up letters to his publisher. Douglas Adams (“Hitchhiker’s Guide to the Galaxy”) took baths. And I think it was Master Copywriter Herschell Gordon Lewis who recommended staring into the mirror for 10 minutes trying to convince yourself you’re about to write the best copy you’ve ever written.

Everybody has a different way to get started. Here’s one …

Exploit the Power of “Automatic Thinking”

Your brain makes connections between concepts automatically. So harness that power by creating your own random events, like so …

Take a hat and fill it with random words. Or flip open a dictionary and point. Don’t dismiss your first choice. Use it to answer questions about your sales challenge …

How does the random word apply to your product?

How doesn’t it apply?

Ask questions. Force connections. The more you come up with, the more ideas you’ll have to work with in the end. Here’s a similar technique …

Jump Start Your Imagination With Analogies

Friends and family members often beg me to stop torturing analogies. Poor heathens. Why? Because analogy — the art of finding similarities between objects where they don’t necessarily apply — is the soul of creativity.

Take Sir Isaac Newton. A few folks think he got lucky when an apple hit him on the head. Not so. Newton started developing his Principle Laws of Motion thanks to an apple, yes. But only because he noticed it falling at a moment when he glanced up to look at the moon. “Moon … apple … ” he thought. “Whatever pulls fruit from trees must also be strong enough to hold the moon in orbit.”

Combining dissimilar objects also helped Johannes Gutenberg come up with the printing press. He combined a winepress and a die punch.

How to Stay Creative Around the Clock

The real secret to keeping your edge is to prevent your imagination from stagnating in the first place. Try one or more of the following: