The Author Who Wrote Fiction as Real as Fact

January 31, 1709, is a day not many people know much about, but the events that took place became the basis for a novel everyone knows.

The true story is about Alexander Selkirk, a Scottish sailor who was rescued on that date after being stranded for four years on an island in the Pacific.

Robinson Crusoe, considered by many to be the first English novel, is the tale of an Englishman marooned on a deserted island for nearly three decades. During his long exile, he constructs a fortress, fights off cannibals, saves the life of a native he calls Friday, and eventually gets rescued.

Daniel Defoe, who wrote Robinson Crusoe, purposely left his name off the book when he first published it in 1719. Why? Because he presented the book as a true account of real events recorded by a real man named Crusoe.

While readers immediately doubted the story was true, they didn’t seem to mind … even after critic Charles Gildon published a piece showing that Crusoe was made up and the novel’s episodes were fiction.

The reason readers were so accepting of this hoax is that there was no clear distinction between fiction and nonfiction at that time. The novel was just emerging as a new art form and Defoe was simply experimenting with it.

Modern day critics contend that “Crusoe” remains an enduring classic because Defoe wrote a story that’s fiction, yet feels as if it’s nonfiction.

Here are some other interesting tidbits about Defoe and “Crusoe”:

Nearly 300 years after his death, Defoe continues to be recognized. Mont Blanc, the German manufacturer of quality pens, honored the author in 2014 by issuing the Writers Edition Daniel Defoe fountain pen. Excluding tax and shipping, it’s a steal at $1,100! 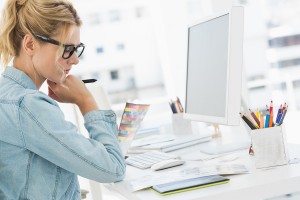