Congratulations to Kam Giegel and Mary Ann Kalonick for Winning the April 2018 Barefoot Writing Challenge! (Your $100 prize is on its way!)

The challenge was to write an essay that answered this question:

If you had to pick a superhero with whom to have dinner, whom would you pick and why?

Kam and Mary Ann took very different approaches to answering the question, but both essays moved us with their insight. Enjoy their winning submissions:

If I could have dinner with a superhero, there is only one person it could possibly be with… My mom.

I remember clearly the two of us sitting on her bed when I was 12 years old. I had just announced that I wanted to be a writer. She said, “You have to live a little longer to have something to write about.”

At first I felt defensive, like she was telling me I couldn’t be a writer. But it was my mom who would give me a set of empty tablets and pencils for my birthday and Christmas each year so I could keep writing.

It was her old Royal manual typewriter that I was allowed to keep in my room, pounding away on stories in high school.

When I wrote some articles for our church newsletter, Mom made sure Dad read them out loud at the dinner table. When an article I wrote won first place in a local newspaper, she cut it out, framed it, and hung it on their wall.

And when I became ill, it was my mom who said, “We’ll find another way” after the internist told me I would end up in a wheelchair by the time I was 30.

It was her love of reading that sparked a flame inside of me that somebody, somewhere, somehow had an answer for me.

It was her passion for always being open to learning something new that nudged me to keep searching and asking for solutions and that would eventually find the miracle I needed.

After I moved out on my own, Mom and I would meet for lunch at least once a week. She knew how important writing was to me, but neither of us knew how I could make a decent living at it. So instead I took other career paths that allowed me to write at least a little something as part of my job.

When Mom passed away, we found a small travel journal in which she had drawn pictures and written notes next to each one. There were writing clips that showed she had started to journal about her life. In the same stack of papers, with a corner sticking out from under the pile, I found it. It was a story I had written one Christmas Eve for her to read while sitting next to the shining lights on her tree after the rest of us had gone to bed.

By this time, I had pretty much given up on finding a way to write for a living. But when I found that story, I recalled her words: “We’ll find another way.”

That other way came when I found AWAI online. If I could have dinner with Mom one more time, I would tell her I found it. But somehow, being the superhero she was, I think she already knows.

What superhero would I like to have dinner with?

Superheroes come in a variety of forms, with different abilities and virtues. As an older adult, I’m not as familiar with the superheroes in the movies today as I am with the ones of the past — such as Batman, Superman, the Bionic Man, and Wonder Woman. Yes, some of these heroes are still in the theaters today, but not as I remember them. Now they have real sound effects, not the “BAM,” “WHACK,” and “POW” blasting on the screen of a Batman battle of old.

The superheroes that interest me most are the ones that have two personas. They have their everyday life, and then, when needed, take off that mask and put on a whole new identity — one that is bigger, better, smarter, stronger, more in control.

I believe we all have that inner self that has much more to offer. The persona that we are afraid to let out. One that goes beyond our self-contained boundaries. The one that “can leap tall buildings in a single bound.” It’s the one where we wouldn’t care if we were ridiculed (tights?); we would just know what needed to be done and do it.

Why can’t we let that person out? Why do we hold ourselves back from what we know is our calling, our great adventure? We can blame it on other people, on the state of the economy, or on any other justification our minds can creatively conjure up. But we know those are just excuses, not reasons.

Superman knew he was special and that he had powers that were, well, uh, “super.” He also had a regular life where he was just like the rest of us. He had a job, a family, and friends. But even he didn’t reveal his inner self to his closest friends. Why was that? Was it the tights?

I guess it’s probably like people who like to dress up for Halloween. It’s fun to be someone different from our boring, everyday selves. If you think about it, a lot of costumes are superheroes. We can be someone we wouldn’t dare be normally. Again, why is that?

I need to talk to Superman and get his insights. Why can’t he be Clark Kent and Superman all at the same time? Why can’t Lois know who he is?

Maybe his explanation will justify the fact that I’m hiding my best self behind an 8-to-5 job — a job that is safe and pays the bills — all while knowing, deep down, that I can do much more. I can be much more. 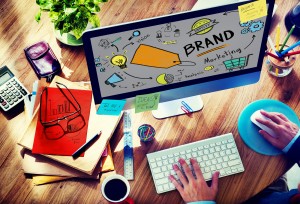 How to Know a Pen Name is Worth Using

One of the Best Ways to Save Time and Improve Your Efficiency as a Writer: Choosing a Niche 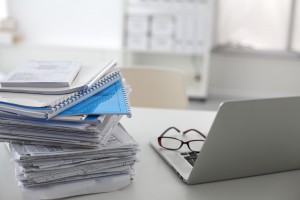