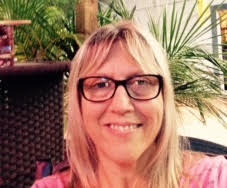 Congratulations to Diane Wallace for Winning the November 2016 Barefoot Writing Challenge! (Your $100 prize is on its way!)

The Challenge was to write an essay about food:

Tell us a story based around food. It could be about how a simple dinner changed your life… how a cafe experience gave you a new perspective… how you can’t get through the day without satisfying a specific craving… whatever the story, we want to hear it!

In this month’s essay, Diane finds out that a simple act of kindness can give you a memory you’ll cherish forever. Enjoy her story…

A Meal of Thanksgiving… for Both

It happened about 15 years ago…

He was there often, wearing that long tattered coat, scruffy combat boots with knotted laces, and clothing that was long overdue for a washing. He had matted shoulder-length hair and a beard. An old leather pouch dangled over his shoulder, across his chest, and ﬂapped as he walked.

I had never seen him panhandle.

One afternoon, while having our weekly “Let’s-go-to-Mickey-Ds” meal, my daughter drew my attention to the man in the coat.

Scrounging through the McDonald’s garbage cans, he eventually held up the trophy he was searching for… an X-large drinking cup. Like a person holding a prize, he inspected the cup and then proceeded to fill it with his choice of beverage.

Without even thinking, I quickly ordered a Quarter Pounder meal and walked straight to the man, who was now sitting alone outside, in the corner, with his stolen soda-filled trash cup.

I sat down across from him. He didn’t look up.

I could see my kids out of my peripheral vision, dagger eyes boring holes into my back. What I was doing went against what we’d always taught… don’t talk to strangers.

However, we also taught that feeding the hungry was a good thing.

I knew they were thinking that Dad was going to be mad. Not the giving part so much, but the putting myself so close to possible danger — I had a sense of calm.

All this was running through my mind, and yet, the man across the table would not look up from his drink to acknowledge me.

I slowly pushed the meal across the table… blank stare, no smile, no words.

He snatched it, tore open the bag, and started eating barbarously.

I offered to get him a fresh drink. He latched on to the trash cup even more, took the clean cup, and slipped it into his leather pouch.

He took another sip on the garbage cup to conﬁrm his intentions, looking up with his blank far-off, glossed-over eyes. All I could see was a “Misguided Youth… Gulf War… I’ve Suffered Enough Already” look.

That was all he needed to say… or Not Say. Somehow, I understood, hoping someone would be there next time to buy his meal.

I walked over, put my hand on his shoulder, and said I would pray for him. He stopped eating, looked straight into my face, and for the first time, I saw clarity in his eyes.

Chills ran down my spine. I wanted to hold onto that moment forever… he continued eating.

I looked again for the man in the coat, but never saw him again. So, I reminisce and try to help those, like him, who do not have.

I will always cherish that meal, and I don’t even remember if I ate.

How Do I Market Myself Without Samples? 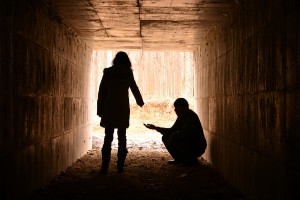