The Pledge, by Michael Masterson: The Kick Start You Might Need to Achieve Your Goals

“The cost of failure is very modest when compared to the cost in inaction.”

Of all the nuggets of knowledge and wisdom that jumped out at me from my friend Michael Masterson’s wonderfully inspiring book The Pledge, that line struck me the most.

We can all be guilty of inaction, can’t we?

Maybe because “action” could lead to change… and for many, change is the unknown and can be scary.

Whatever the reason, inaction is what’s holding you back and nothing else. It’s not that you’re not smart or lack opportunity or come from the wrong family…

Inaction keeps you where you are. Action moves you forward.

The Pledge is all about taking action… specific action, one tiny bit at a time, each and every day.

I read The Pledge the day it came out.

I read it from cover-to-cover in a single sitting, just as I have nearly every book Michael Masterson’s written. I read them because I count Michael as a good friend, and I know his motivation for writing these books.

It’s not to make the bestseller lists. (Though some of his books have.)

It’s not to make money. (He’s already a millionaire many times over.)

It’s not to be famous and hit the book tour circuit.

(He’s much happier working in his office, at his beachside home, or sitting by the pool at his home on the bluff overlooking the Pacific in Nicaragua.)

Michael writes these books because he loves helping people succeed.

Now, I know that sounds corny…

But, I know it to be true. I’m one of the people he’s helped… by teaching me a valuable skill (copywriting) and making sure I was always challenged and making the most of every opportunity that came my way.

And, I’ve watched him help hundreds more since I’ve known him. In fact, virtually everyone I know in this business has benefited from Michael’s wisdom in some manner at some time.

Many have gone on to become multimillionaires themselves.

It’s who he is. It’s what gives him the most pleasure.

Of course, I was lucky to be one of the ones to meet and come to know Michael.

Not everyone can. Which is where his books come in.

The Pledge, quite simply, is the “kick in the pants” Michael would give you if he were sitting across from you. Of course, I knew Michael back when one of his motivational tools really was “a kick in the pants”…

But these days, Michael approaches the subject of motivation with a much gentler touch… And infinitely more wisdom.

In The Pledge, he wastes no time getting you on the path to success. He asks you to answer a series of questions… so you can determine if you’re on the right path … to see what (if any) changes you need to make.

And then he does what I’ve never seen any book do: He asks you to make (and sign) an actual “pledge”… where you commit to creating a master plan using what you learn from the book and commit to following it through “without question or complaint.”

Further, he invites you to write to him at the end of the year and explain exactly what you’ve accomplished.

With your pledge in hand, the journey begins.

You learn how to change what you can control… how goals differ from dreams. Winning the lottery is a dream. A goal is something you can accomplish. Having $4 million in net worth in seven years, for instance, is a goal.

It’s something you can do… and, if that’s your goal, Michael shows you how you can get it, step-by-step — by showing you what you need to accomplish the very first day you set that goal… the first week… each month… your first year… and every year — until you achieve it.

What’s amazing about The Pledge, and so different from any “success” books out there, you actually leave the goal-setting section certain you can do it.

This is not a rah, rah, “you can do it” pep talk. These are specific actions you can take to achieve any goal you set out to achieve.

From there, Michael shares one secret after another — specific secrets that transformed him from a struggling journalist to a millionaire writer and business builder many times over.

Of course, there are detailed descriptions of the secrets Michael is well-known for, like his “Early-to-Rise” secret, and how getting up even an hour earlier can make you three times more productive — every single day of your life.

But, there are lesser-known secrets, too.

Who would have thought, for instance, that a junkie could teach you an important secret for becoming wealthy… or that the biggest mistake people make when they set out to start a side business is they plan too much!

It’s this kind of contrarian thinking that can give you a decisive and powerful edge over everyone else who’s doing the same thing everyone else is doing — if they’re doing anything at all, that is!

What’s more, The Pledge is the perfect book to read if you looking to make a big change in your life and you’re considering a copywriting career.

Because remember, first and foremost Michael is a copywriter. It’s the core skill from which every success Michael’s had in his life has sprung.

Copywriting taught him the art of persuasion. And, let there be no mistake about it: If you can persuade — if you have that innate ability to get people to see your way of thinking and agree with you — you will be successful.

If you know Michael, you know what a wonderful life he has. It’s not just his wealth or homes all over the world. Michael is a man who loves his work… has a wonderful family… many, many friends … and all the freedom and security in the world.

What’s more, he can look himself in the mirror at the end of the day and — thanks to the success secrets he reveals in The Pledge — feel good about what he accomplished… and know that he’ll be a little bit richer tomorrow because of it.

How to Make More Money Writing for Any Niche 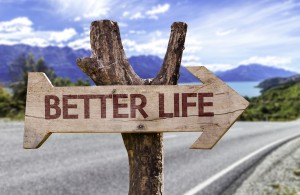 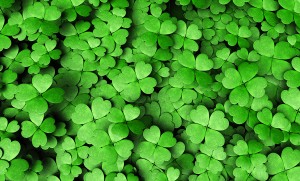 Why Good Luck Charms Really Do Improve Your Chance of Writing Success!