How to Become a Freelance Advertising Copywriter

“Despite not being overly smart or talented, over the past three decades I have made millions of dollars as a freelance direct-response copywriter and 30 years after I started, I still have fun every day doing it!” ~ Bob Bly

Today I’d like to introduce you to this amazing world that’s been so good to Bob… to me… and can be to you too if you can write a simple letter.

But first, what is a freelance direct-response copywriter? It’s someone who works from home (or just about anywhere), writing sales messages for companies that sell products directly to consumers.

Take Paul H., for example. Paul was stocking shelves in a supermarket when I met him. Now he’s making over $300,000 per year as a copywriter. This is how Paul describes his life now:

I spend most of my time in a little historic town in the Vermont countryside and one week per month a short walk from the beach in South Florida.

I have no bosses, no commute.

I write from an extra room I set up in my home. Some days, I’ll head to the local coffee shop, just for a change of scenery.

For a break, I’ll walk over to the old Equinox Resort for lunch — or take our dogs, Yukon and Betty, over to Hildene Meadows for a run.

I absolutely love the freedom of it!

In many ways, I have retired. Because, for the first time in my life, I decide how my days will be spent. Some days, I’ll feel like working for a few hours (typically in the morning). Other days, I’ll play some golf, tennis, ski — or just hang out with my son.

But what surprises people most (and may surprise you, too) is the income my “retirement” lifestyle gives me: around $300,000 per year.

The income potential from copywriting is significant. If Paul wanted to work fewer hours, he could do so at the drop of the hat. He could work just two hours per day and make $60,000. Or half days and make $150,000.

But it’s not just the money that makes being a freelance copywriter so appealing. It’s the freedom it gives you to create your “ideal” career.

That’s what Krista Jones did. After 18 years as an engineer, Krista was ready to find a less stressful, more satisfying career. “It was easy for me to walk away from my career after I [learned the skill of copywriting],” she told me. “I had all of the work I could handle. I feel like I’m finally leading the life I was meant to live.”

Krista was in her 30s when she began copywriting. Paul was a 30-year-old. But you can get into the game at any age. Take Starr Daubenmire, who became a copywriter at 58 after she was laid off from her job as a quality control coordinator.

I realized I was living the copywriter’s life when I became glad I had lost my corporate job. Believe me, I was terribly insulted when it happened, and it was a huge blow to my confidence. But now I know I have the skill and determination to depend on myself — not someone else, and especially not a corporation that viewed me as a statistic, rather than a real person. Now I don’t worry about the company’s bottom line — I take care of my own.

Starr’s been a copywriter for several years now, and she says, “The freedom factor just keeps getting better. I can take a two-hour lunch and go for a swim. I can run to the school and pick up a sick grandchild. And I can work from anywhere I like — home, the bookstore, while traveling. Absolutely nothing beats being your own boss!”

And you don’t have to commit yourself to working full-time to enjoy the benefits of copywriting. Many people work part-time as freelance copywriters to supplement their current incomes.

What Is Direct-Response Marketing?

Companies use direct response to sell everything from mattresses to financial newsletters… from health supplements to fruit baskets. Nonprofits — from political candidates to environmental organizations, to children’s aid groups — raise billions using direct-response techniques, too. And let’s not forget the multibillion-dollar Business-to-Business market, one of the most lucrative and in-demand niches of the direct-response industry for copywriters.

All of them use direct response because a well-written letter can bring in millions of dollars — for a fraction of the cost of opening a storefront or selling wholesale to retailers.

Direct-response marketing allows companies to reach the people and businesses most likely to buy their products… simply by sending letters and emails to those who have shown an interest in similar products in the past.

But a direct-response promotion is nothing without the right words. It needs to convey the right message… say the right things… be structured in the right way… and be written to make the prospective buyer take action.

That’s where the copywriter comes in.

Advertising copywriters typically make from $50-500 per hour. (That’s $100,000-$1 million per year, working 40 hours per week.) How much you can make per hour depends on two factors: how good you are and what kind of businesses you work for.

Competent copywriters can find plenty of work writing sales brochures and letters for local businesses. Writing copy for a six-page brochure, for example, will take between two and five hours — depending on the skill of the copywriter. At the local level, businesses would be happy to pay $500 for a brochure.

Good copywriters tend to work for larger companies with national or international reach. Such companies spend millions of dollars on advertising every year, so their budgets for copywriting are much larger. Writing a sales package for a new product might take the copywriter 40-60 hours. The compensation for such a package would typically range between $4,000 and $10,000.

The best copywriters (and there are hundreds of them) charge $10,000 to $50,000 per package and then demand royalties on sales that their letters generate which can easily double or triple their base fees. Sometimes royalties can bring them hundreds of thousands of dollars in commissions while the advertisement is running.

Now let’s say six of those letters become “controls” — which means they bring in the most money and keep mailing time after time. If, over the course of a year, each of those six letters mails five or six times, your royalties can add up to another $120,000.

The Size of the Opportunity

In fact, direct-response advertising is larger than magazines, television, and radio advertising put together. And it is fast becoming the dominant form of advertising on the Internet, as well.

The leading industry organization, the Direct Marketing Association, cites that there are 1.4 million employees working with direct-marketing companies in the U.S. Because of its immense size, the direct-response advertising industry employs hundreds of thousands of freelance copywriters and is always looking for more.

That means plenty of opportunities for new writers — and the ability for copywriters to pick and choose where they work.

Most Barefoot Writer readers have part- or full-time jobs. That means you don’t have the ability to jump into copywriting full-time. You need to continue making money while you learn your new trade.

Copywriting offers you the chance to do just that. You can learn the skills you need in the evenings, on your lunch breaks, after dinner, or on the weekends. And you can begin your own freelance career working odd hours too.

Or, if you are retired, need more income, and dread going back to work full-time, copywriting can offer you the opportunity to enjoy a good secondary income without working 40 hours per week. Many copywriters do that, especially after they have achieved their financial goals. They keep writing because they love to and because it brings in extra income — which is always welcome.

Take Kelly Richardson, for example. He wrote to me a while back to thank me for introducing him to the copywriting opportunity. He says, “Working VERY part-time (I’m still a full-time high school English teacher), I’ve just cleared over $40,000 in project fees in the past year.”

What It Takes to Succeed

When most people think of writing professionally, they assume that it takes a great deal of natural talent to succeed. And some professional copywriters like to keep this idea alive because it is flattering to them. (You know the type… “I make six-figures as a writer. Therefore, I am a creative genius.”)

The truth is that having a natural talent for writing, though helpful, is not at all necessary. Some of the best writers in the business have no formal writing background at all. They just like to write and have learned the skill of copywriting. If you can write a simple letter or tell a simple story, you have the fundamental writing skills you need.

How could this be? Writing novels and poems and essays requires skill and creativity. But writing sales copy is simpler. The reason for that is the most basic principle of the sales process: At the emotional level, most people are the same. We tend to respond the same way to exciting stories, to big promises, to hidden secrets, to personal invitations, etc., in a predictable way. Successful salespeople understand those patterns. As a student of direct-response advertising, you can learn those patterns and employ them to write letters that sell.

In my experience, it takes about six months of guided practice to attain competency as a copywriter. At that point, you should be able to begin soliciting clients at the $50-per-hour range. If you continue to practice your trade diligently, you can become relatively expert at copywriting in another 18-24 months. By that time, you should be able to take on larger clients who will be happy to pay you $100-$500 per hour. (You normally don’t charge by the hour. You charge by the job. These hourly figures are estimates based on average productivity.)

Editor’s Note: This essay reprinted with permission courtesy of Early to Rise; the original post can be found here.

If you’re ready to learn the valuable skill of copywriting, take a look at AWAI’s popular Accelerated Program for Six-Figure Copywriting. It’s based on the original teachings of Mark Ford and has been revised and improved a dozen times in the past 20-odd years with the help and insights of many of today’s best copywriters. 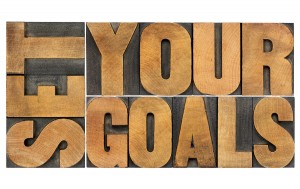 The Single Most Important Skill for Writing Success