How A Career in Writing Can Transform Your Life, and Your Bank Account

In my 20+ years with AWAI, I’ve seen firsthand how a career in writing can trigger some radical life transformations. And I’d like to share with you how — and why — that happens so often (especially since it’s not something you’ll commonly see in any other career field).

But first, I want to share the story of Louis Victor Eytinge…

Not only did Eytinge go from life in prison to freedom and romance all thanks to the power of letters… he also amassed a fortune, became an in-demand writer, and even had a stint as a Hollywood screenwriter.

And, of course, it’s all thanks to copywriting…

How Copywriting Saved a Murderer

Born in 1878, Eytinge’s first real profession was that of career criminal. He had to leave his studies at Notre Dame after being accused of writing bad checks.

His time in the navy was cut short thanks to being court-martialed for theft. That was followed by three years in prison for forgery. A year later, he was arrested and tried for the murder of a friend he’d been traveling with through Arizona, who was found dead in the desert near empty containers of chloroform.

Eytinge was found guilty and sentenced to life imprisonment. As if that wasn’t bad enough, he was suffering from tuberculosis and wasn’t expected to live long.

But here’s where it gets interesting…

Prisoners at the time were allowed to earn money by making trinkets for sale to visitors. Eytinge recognized an opportunity and began writing letters to curio dealers, offering to sell things like hatbands, watch fobs, and horsehair trinkets he and other prisoners made.

The plan worked, and by the end of that year, Eytinge was corresponding with close to 40 dealers and managed the prisoners like a team of manufacturers.

His success motivated him to gain weight, buy some essentials needed to improve his health, and afford certain luxuries like a typewriter. Eytinge honed his letter-writing skills, eventually writing to businesses and asking for their sales literature.

He would take what they sent, study and rewrite it, and then return it to those businesses, often leading to huge sales increases for them.

Eventually, Eytinge was bringing in around $5,000 a year from his jail cell (that’s around $118,000 in today’s dollars). He also had a standing offer for a $10,000 yearly salary from an ad agency in New York in the event he was let out of jail.

Following a campaign for his parole, in 1922, Eytinge was released from jail. He went on to marry, authored a booklet read at the World Advertising Clubs convention in Toronto, became editor of the direct mail advertising magazine Postage, and won a silver cup in a U.S.-wide competition among advertising men — not to mention writing a screenplay called Man Under Cover that was shown in theaters across the U.S.

The incredible thing is, his success all began with writing letters…

Some people might think Eytinge’s story is a fluke. But when you see how a career in writing, and copywriting in particular, has turned countless other peoples’ lives around, you begin to understand there’s more to the story.

But it wasn’t always that way. Early on in his adult career, Joshua found himself facing a staggering $200,000 debt load. His power was shut off, his car was repossessed, he and his family were evicted from their home, and the IRS sued him — all in the same week.

Joshua worked hard to find a way out of the financial sinkhole he was stuck in. He dabbled in a variety of jobs, none of which brought him the income he needed to live the life he dreamed of.

It wasn’t until he learned about copywriting that a lightbulb went on. He realized a career in writing could be the key to his financial woes, while also giving him the freedom he wanted to work from home and spend time with his family.

Joshua since has gone on to write for dozens of Fortune 500 companies. He’s well on his way to hitting his goal of earning $1 million a year, and he gets to do that while spending plenty of daily time with his kids and wife.

Why Copywriting and Freedom Go Hand in Hand

Those aren’t the only stories of how a career in writing can transform your life — not by a long shot.

For example, there’s the uplifting story of author Pat McCord. Like a lot of Barefoot Writers, Pat’s first love is fiction writing. She’s had considerable success in that area, too, publishing over 15 books and earning multiple awards and recognition.

However, success in writing books doesn’t necessarily mean a consistent income. Yet, book writing requires considerable time and doesn’t mesh well with a standard 9-to-5 job.

Freelance copywriting was the ideal solution for Pat. Not only does it give her a steady source of revenue, she’s able to do it in between her fiction projects.

Catherine Cairns-O’Keefe also tapped copywriting as a means to freedom. In her case, it was independence from working in the despairing world of housekeeping. Freelance writing gave her the chance to work on her own terms for amazing pay.

If you turn to copywriting as your bridge to freedom, your story will be different from the ones I’ve shared here today. But the reason I bring them up is to show you all the ways copywriting can get you where you want to go.

What’s particularly appealing is that copywriting is far from a one-size-fits-all kind of career. Instead, it molds to whatever you need it to be.

Just think about that for a moment…

Eytinge, and many of the great direct response ad writers of his day, found success writing letters that were mailed out in droves. Sometimes their work appeared in print newspapers or in magazines.

Joshua Boswell’s work is largely online. Though he still uses the direct business-to-consumer communication approach, his writing is featured in emails and on websites, sometimes even in brochures or downloadable sales literature.

Catherine Cairns-O’Keefe writes sales promotions and editorial, along with managing her own blog.

If your goal is to find a better way to live your life so you’re not pigeon-holing yourself into what someone else expects of you, a career in copywriting is the answer.

You see, copywriting is like a gateway skill. Once mastered, you can use it to bridge your way to success in any other writing field you desire.

Some of the best copywriters I know have branched out into the following writing opportunities, all of which are grounded in the persuasive techniques taught in copywriting:

As a matter of fact, you could even use copywriting to establish your own presence as an author, business executive, or industry expert. All it takes is a little know-how when it comes to the world of self-promotion and persuasion.

But Are You Qualified for a Career in Writing?

Here’s one of the most mind-blowing things about this career that can make you rich and give you whatever kind of freedom you’re searching for: You’re probably already qualified.

This isn’t the kind of career you have to be born into — every bit of it can be learned. You don’t have to know someone to get an “in”… don’t have to attend a preppy school, or get a Top 10 degree…

Your personal profile doesn’t matter either. You can be any age. You can come from any employment background. You can live anywhere in the world, as long as you have access to an internet connection.

People who do the best in copywriting are those who can write a simple email or letter in a chatty, friendly style, and those who like to share ideas with others. If you’ve got that, you’ve got enough to get started.

Now I’m a bit biased on my recommendation. But fortunately, the program I recommend is the same one recommended by the best copywriters in the industry, as well as the top-paying marketers who hire them.

It’s called AWAI’s Accelerated Program for Six-Figure Copywriting, and it’s the very same program Joshua, Pat, and Catherine took to launch their successful copywriting careers, as well as the hundreds of other success stories you read about on the success page of AWAI’s website.

I’m a huge fan of this program because I’ve literally met and worked with hundreds of people who launched successful paid writing careers because of it, and I know the writers who put it together stand behind what they say — and live it, since they are all successful, mostly six-figure-and-up working writers.

But regardless of how you obtain basic copywriting skills, make sure to 1) Set you goals, 2) Follow through, and 3) Know that this path to paid writing can be your bridge to freedom — not to mention any kind of life you’d like to live.

Editor’s Note: If you’d like to learn more about how a career in copywriting can transform your life and serve as your own bridge to freedom, take a look at AWAI’s celebrated Accelerated Program for Six-Figure Copywriting. 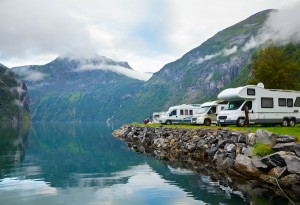 From Under the Moons of Mars to Tarzan to Much More!