Congratulations to Paulette Allickson, co-winner of the September 2020 Barefoot Writing Challenge! (Your $100 prize is on its way!)

“If there were no pandemic restrictions and you could travel anywhere right now, where would you go and why?”

Paulette shared an intriguing glimpse into the question marks surrounding her own history. Enjoy her winning submission:

If I could travel anywhere, it would be to Denmark. Not just because it’s the land of my ancestors. Not just to see the beautiful sights.

But because I want to finally solve a century-old family mystery: why my grandfather, born in Denmark in 1890, suddenly packed his belongings, left his home and family, and set off alone on a transport ship to America at the age of 25.

Now, why should this be so mysterious? After all, many young men were immigrating to America at that time in search of a better life.

But it became a mystery because Grandpa himself, with his steadfast refusal to ever talk about it, turned it into one. If asked, he’d just smile and say, in his thick Danish accent, “Vell now, dat’s my business, don’cha know.”

So of course that led to some wild speculation, especially among us grandkids!

No theory was too improbable, no supposition too outrageous, for our active imaginations.

Was Grandpa running from the law? we wondered. Had he robbed a bank? Had he beaten up some evil but privileged bad guy? Was he a Danish Robin Hood, stealing from the rich and giving to the poor?

Or had he fallen in love with a girl from the elite class whose wealthy father had put a bounty on his head?

Maybe the answer could be found in the year he left. It was 1915, a year after World War I began in Europe. Denmark had been able to maintain neutrality throughout the war, but the government decided the country needed a “defensive force” to protect itself in the event of an armed invasion. So they started conscripting young men into the military.

This led us to wonder if Grandpa had fled to America to avoid being conscripted. Grandpa a draft dodger? (Being rebellious teenagers in the ’60s and ’70s, we were secretly thrilled by that possibility!)

Well, in the end we never did solve the mystery. As the years passed and we grew up and drifted apart, the grandkids’ interest waned. But not mine; I never stopped wondering.

That’s why I’d love to travel to Denmark. I’d like to visit Grandpa’s village and find out if I still have relatives there who might have heard the story. Who knows, maybe it’s part of the family lore.

Or failing that, I could search for documents in Denmark’s public records: a birth certificate, baptismal record, school records, police records, conscription papers — anything I could find that would shed light on the mystery that was my grandpa.

Now don’t get me wrong — I admired and loved Grandpa dearly. He was one of the best men I ever knew. Whatever I might discover would never change that.

But the truth is, I just can’t resist a good mystery. So fingers crossed, maybe I’ll be heading to Denmark one day soon! 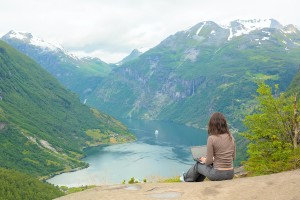 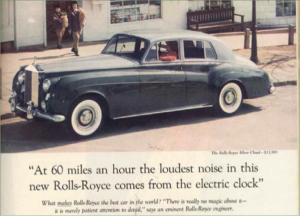 How to Find Great Copywriting Ideas 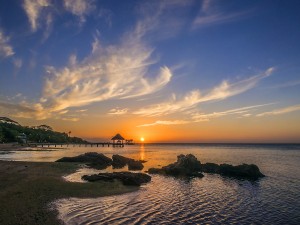