Congratulations to Michelle Harris for Winning the November 2018 Barefoot Writing Challenge! (Your $100 prize is on its way!)

Describe something in your writer’s life that you’re grateful for, yet never expected to have…

Michelle took an unusual angle to describe a blessing she’s encountered as a writer. Enjoy her winning submission:

It may seem superficial to some, saying that’s the one thing I’m grateful for… yet never expected. It could even seem like a no-brainer. It’s something that I can’t put a price tag on, though.

I’ve harbored this fantasy of becoming a freelance writer for at least a couple of decades. Until recently, I didn’t think it was something I’d ever have the chance to experience. There was always something there, a justification for putting my dreams on hold. Everyone else’s dreams came first.

I journaled. I completed the National Novel Writing Month challenge — twice. I wrote short stories, and I even managed to get one published. Although that little accomplishment made me dance with joy, I did it alone. I celebrated my achievements alone.

Let me tell you something about celebrating by yourself. It’s really not that much fun. The excitement fizzles out pretty fast.

Long story short: My circumstances have changed drastically over the last year. I moved across the country out of necessity. That was something else I never expected: to live with my family again, after so many years of being away.

I floundered about for a while. “Survival mode” kicked in, and I existed. I had no real sense of direction. I still had my dreams. They were tucked away, safely hidden in a little box.

Then I got an email… about this New Mexico mom. My dreams started knocking about in that box. I decided that I’d give them a chance. Heck, I had nothing to lose. I signed up and started learning about this thing called the writer’s life.

I decided that the only way I was going to get anywhere was to go full steam ahead. I threw someday out the window. It was now or never.

I was terrified. Being socially awkward and tongue-tied when I try to convey my thoughts while speaking, I rehearsed how I was going to break this news to my family. “Here is my dream. I’m going to pursue it.” It felt like I was putting my soul up in a shooting gallery.

I plucked up the courage and told my mom and brothers.

“Go after it. We believe in you. You can do this.”

In 20 years, that had never happened. I was so used to people telling me that my dreams were impossible. An encouraging word was like hearing a foreign language. Once it sank in, though… I was blown away.

My mom and brothers have since listened to me rant. They have suffered through first drafts with positive words. They have applauded final drafts. I think they finally know what this copywriting stuff is about.

Support from the online communities that I’ve become a part of has been wonderful. There’s just something about the support that you get from people you love and respect that takes it to a different level. It’s been amazing. It’s been wonderful. It’s something I never expected, yet will always be grateful for. 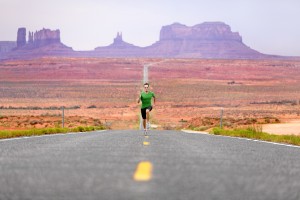