This Beloved American Writer and Author Tried To Move Thanksgiving

If he were alive today, Samuel Langhorne Clemens, the man behind the pseudonym Mark Twain, who gave us such classic works as The Adventures of Tom Sawyer and Adventures of Huckleberry Finn, would be celebrating his 180th birthday on November 30th.

But, going back to November 30, 1905, when Twain turned 70, we see that his birthday fell on the same day America officially celebrated Thanksgiving.

Celebrating his birthday on the same day as Thanksgiving greatly concerned both Twain and George Harvey, Twain’s editor at the North American Review.

Since Twain was planning an elaborate birthday party at Delmonico’s, then the fanciest restaurant in New York City, they feared that having the party on the day of Thanksgiving would mean most of the 170 guests would likely stay at home eating turkey with their families.

They came up with the perfect solution. Harvey traveled to Washington, D.C. to petition President Theodore Roosevelt to move Thanksgiving to another, more convenient day. Regarding Harvey’s trip to Washington, Twain wrote:

“ … I furnished him with arguments to use which I thought persuasive and convincing, arguments which ought to persuade [the President] even to put off Thanksgiving Day a whole year — on the ground that nothing had happened during the previous twelvemonth except several vicious and inexcusable wars, and King Leopold of Belgium’s usual annual slaughters and robberies in the Congo State, together with the Insurance revelations in New York, which seemed to establish the fact that if there was an honest man left in the United States, there was only one, and we wanted to celebrate his seventieth birthday.”

Of course, Roosevelt refused. So it was Twain’s birthday celebration, not Thanksgiving, that got postponed a week.

Nonetheless, President Roosevelt forgave Twain’s attempt to sabotage Thanksgiving. He even sent a congratulatory note to the author that was read to all the party guests.

This is just one of many engaging events in Twain’s storied life — a life in which he worked as a typesetter, steamboat pilot, miner, travel writer, and investor in technological inventions.

Here are a few more interesting facts you may not know …

Twain was born the day after Halley’s Comet crossed the earth’s skies, an event that occurs every 75 years. In 1909, he predicted he would die the night after the comet again lit up the sky.

Just as predicted, he died at age 75 on April 21, 1910, the night after Halley’s Comet blazed across the sky. Remarkably, he also predicted the death of his brother.

Twain had very little formal schooling, but that didn’t keep him from learning. He spent evenings in libraries educating himself.

In 1859, he became a steamboat pilot. His career ended two years later, however, when the Civil War began, halting commercial traffic along the Mississippi.

Clemens’ pen name, Mark Twain, comes from a term signifying two fathoms (12 feet) deep. When a leadsman called out “Mark Twain,” it meant a steamboat was at a safe depth of water. Twain first published under that pen name in 1863 while writing for the Virginia City, Nevada newspaper.

But that wasn’t the only pen name he used. During his career, he also wrote under Thomas Jefferson Snodgrass, W. Epaminondas Adrastus Blab, Sergeant Fathom, and Rambler.

Twain’s model for Huck Finn was a boy he knew growing up in Hannibal, Missouri. He wrote, “In Huckleberry Finn, I have drawn Tom Blankenship exactly as he was … with as good a heart as ever any boy had.”

Twain also was a great satirist who offered stern advice, critical commentary, and hilarious witticisms on virtually any topic.

For example, consider these cranky quotes of his about politics, education, and religion:

Just one of the many reasons some consider him the father of American literature’s sharp tongue … and the writer comfortable enough with his fame to ask the President of the United States to move Thanksgiving for a birthday celebration. 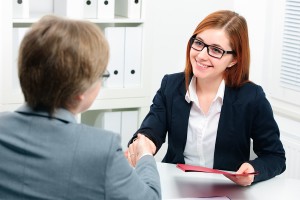 How to Use the Peer Review Process for Improving Your Writing