Is Your Present Mindset Keeping You From Reaching Your Full Potential? 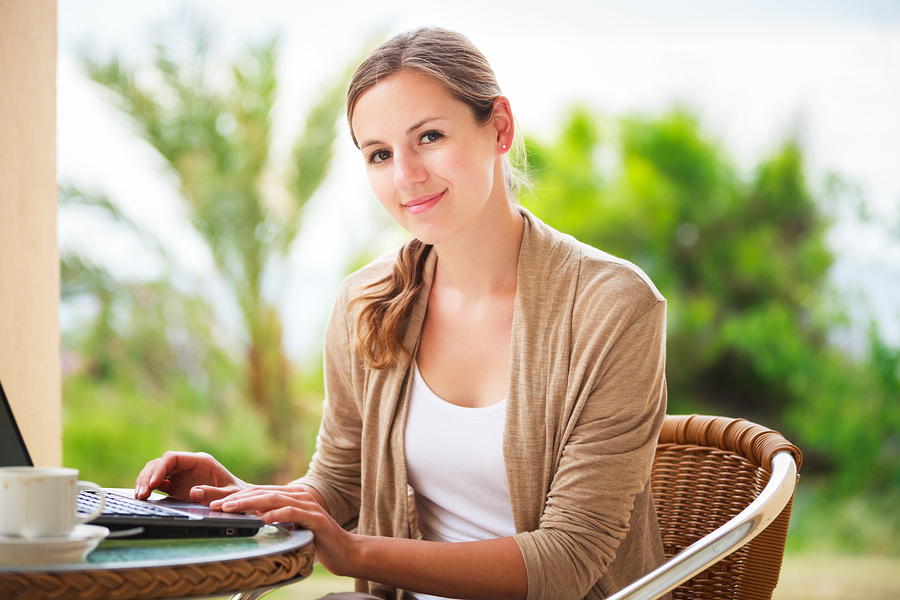 It is common for people to attribute the success of the most creative writers, businessmen, musicians, athletes, and more to the science of genetics — wanting to believe they are just “born with it.”

But according to the findings of Carol Dweck, one of the world’s leading researchers in the field of personality, social psychology, and developmental psychology, the truth is that mindset causes the most creative geniuses in art, literature, business, science, and sports to achieve superior results.

Her book, Mindset: The New Psychology of Success, demonstrates how your mindset causes you to respond to failure differently.

In one example, she talks about professional tennis player John McEnroe. Considered to be a natural-born athlete from an early age, in 1979, McEnroe lost in three straight sets in a doubles match at Wimbledon. He also lost his serve twice while no one else did.

Thinking back on the experience, McEnroe says, “That was the ultimate embarrassment.” He handled his failure by not playing mixed doubles again for twenty years.

In contrast, professional basketball player, Michael Jordan, was not considered a “natural.” In fact, he was cut from his high school varsity team and wasn’t recruited by the college he wanted to play for, nor was he drafted by the first two NBA teams that could have chosen him. He, on the other hand, met his failures with his legendary dogged practice.

Dweck discovered from her research that when it comes to failure there are two perspectives to how talents are developed: a fixed mindset, which McEnroe displays, and a growth mindset, which Jordan displays. Dweck says:

When you have a growth mindset, you are at an advantage because believing talents can be developed allows you to fulfill your potential and achieve greater success.

The good news is that you can change your mindset at any stage of life and develop a growth mindset.

Here are nine tips for how to change  from a fixed mindset to a growth mindset:

1. Change Your Internal Dialogue from Judgmental to Growth-Oriented

By being aware of the conversation going on in- side your head, you can work to change the way you think. And before you know it, you’ll find you’ve changed your fixed mindset dialogue from saying things like, “Don’t do it. It’s not worth the risk. Don’t share your writing. Your dream could be destroyed.” to a growth mindset that says things like, “Make it happen. Develop your skills. Learn. Improve. Become a better writer. Pursue your dream.”

2. Think Differently about Your Mind

Many people think we are born smart, dumb, or average. However, Dweck cites research and numerous studies which show the more you challenge yourself, the stronger your brain gets and the more it grows. This means things you once found difficult or maybe even impossible become easy over time as you practice.

3. Have Patience with Yourself

Realize that learning takes time and practice. Instead of focusing on your successes and failures, try focusing on whether or not you learn something new each day.

4. When You Experience Rejections, Reach out for Information that Will Help You Improve

When you don’t get the result you were hoping for, think about your goal and what you can do to stay on track. Ask yourself what kinds of steps you could take to succeed or what information you could gather.

For example, if you have a writing project that doesn’t do well, you could ask an instructor mentor or a writer who is more experienced than you what you could do to improve it.

The critical thing is to make a concrete, growth-oriented plan.

We often plan to do difficult things, but then don’t follow through. What works is to think of something you need to do, want to learn, or a problem you must confront, and then think of “vivid details” for following through. Think about where you will do it. When you will do it. And, how you will do it.

For instance, “Tomorrow, after I drop my son at school, I’ll get a lemonade, close the door to my office, and call that company I want to write for.”

7. Talk to Writers Who’ve Successfully Made the Leap

Going from your previous profession to the life of a Barefoot Writer is a huge step. You can’t possibly know everything. Even after you’ve been studying for a while, there will be things you won’t know yet. There are things you will need to find out and learn. Instead of hiding your insecurities, talk to other writers on who’ve made the leap. You’ll find they are more than willing to tell you how they felt and what they did to overcome any difficulties you are experiencing.

Effort isn’t everything and not all effort is created equal. Consider the benefits of time and effort. If you find yourself thinking a successful copywriter you admire has extraordinary abilities and achieved success with little effort, go and find out the truth. Find out the tremendous effort that went into their accomplishment. Then ask yourself what are some steps you can take to get there, too.

Realize your old beliefs aren’t just removed and replaced. The brightest, most resourceful people can become paralyzed by setbacks. Oftentimes, we just need to take a simple action to make things better, but we don’t. Then, when things go wrong, we feel powerless or incapable.

This is a sign of your fixed mindset, and even after you change, you may still experience this, but not to worry. Your new beliefs are “taking their place alongside the old ones, and as they become stronger, they (will) give you a different way to think, feel, and act.”

Moving Into a Growth Mindset

By changing your internal dialogue and the way you think about your mind, focusing on learning and effort, and making a vivid plan and sticking to it, you’ll find your mindset shifting from fixed to growth.

You’ll soon transition from a “judge and be- judged framework” to a “learn and help-learn framework.” And doing so, you’ll live a richer, more courageous, and better life — one where you view an obstacle as an opportunity to learn and not something that throws you for a loop and slows down your progress. 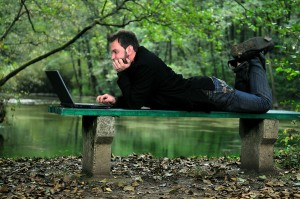 Write or Die – Can You Zap Writer’s Block with this “Extreme” App?

How to Boost Your LinkedIn Profile

Unschedule Your Way to Greater Productivity