Christmas Eve, 2008. My husband, son, a handful of in-laws, and I gathered together, just like any other Christmas Eve. Only this time, we weren’t gathered around a warm hearth with downy snow softly falling outside and freshly baked cookies enticing us inside. We were gathered inside a courthouse.

After months of filling out a myriad of citizenship paperwork and waiting for it all to clear, my cousin-in-law and his beautiful Brazilian bride were about to get married before the Justice of the Peace in Denver, Colorado, where the groom was from. They both lived in Texas, but wanted to get married near family.

My husband and I had been late getting to the courthouse, as is typical of us, but even more so with a nine-month-old son to tow. My heart pounded — I was afraid we’d miss the marriage ceremony. When we ran into the courtroom for the ceremony, I was confused at what I didn’t see. The bride and groom were not joined hand-in-hand with loving smiles. They were hovered over the clerk’s desk, while other family members were on their cell phones.

We quickly learned that the couple had planned to sign some papers in the presence of family to get married. But they were told that in order to make their marriage legal in the U.S., not just in Colorado, they had to be married by a judge. Good luck finding an available judge at the last minute — on Christmas Eve!

I didn’t have the first clue what to do, but I knew just standing there wasn’t helping. So I approached the bride’s sister, whom I had never met, and asked if I could help. She handed me a sheet of paper with a list of names of different judges who might be able to marry the couple. Okay, I thought, I’ll give it a shot!

One-by-one, I went down the list of the names of total strangers. Not surprisingly, I got more voice-mail services than actual people. About three or four judges down my list, I called Judge Herbert. I fully expected another voice mail, so I was shocked when he actually answered the phone. A judge! How do I talk to a judge on Christmas Eve?

“Hi, uh, sir, I was wondering if you might possibly be available to marry my cousin-in-law today,” I stammered.

“But it’s Christmas Eve,” he replied.

Persuasive skills? At that point, I would have settled for basic speaking skills!

“I know, sir, but he and his fiancé flew all the way from Texas, and the bride just got her paperwork cleared to get married. She’s from Brazil.” I paused, waiting for the judge to say something. But to my delight, he continued to listen. “They didn’t know they’d need a judge to marry them!”

“Well,” the judge hesitated. I almost told him, It’s okay! I understand if you can’t do it today. It’s Christmas Eve! But instead, I waited to hear what he had to say.

I braced myself for the inevitable rejection. After all, who did we think we were expecting a judge to do us this favor at the last minute on Christmas Eve?

“Thank you, sir, thank you! We’ll meet you at your office at 11 a.m.!” I got off the phone with him and ran to my cousin and his fiancée. I tripped over my words, but managed to spill out, “I just talked to a judge who said he could marry you at 11 a.m.!” I didn’t know if this would work for them, if anyone else had already spoken with a judge, or what was going on. But I was immediately redeemed when the beaming bride replied, “That’s great!”

Anyone who knows my in-laws, including my in-laws themselves, knows that gathering all of them together in one place AND getting them to move together is like reining in feral cats in the midst of free-roaming rodents. So, a five-minute walk to the judge’s office turned into a 20-minute venture.

But we managed to pull it off. We met the judge at his office. He was a nice gentleman, probably in his 60s or 70s, with white hair and glasses. He was wearing a casual sweater and tan slacks. We thanked him profusely for doing us this favor, and he took the bride and groom into a private room to talk.

When all three came out, the judge was dressed in his robe to begin the ceremony. We expected a typical, dry, “By the power vested in me, I hereby pronounce you man and wife, blah, blah, blah,” but instead, the judge stood regally in front of the bride and groom, book in hand, and read uplifting passages. He spoke with reverence about the blessings of marriage … the value of commitment … and the magnificence of love. Relatives were actually crying during the ceremony!

Afterwards, the judge graciously stayed around to let us take way too many pictures. Persuasive skills were not required for this!

It turns out that Judge Herbert is also known as “Herbie the Love Judge.” He enjoys marrying couples, although I don’t know how much he enjoys marrying them at the last minute on Christmas Eve. So even though this Glicken doesn’t get much better, I have to give equal credit to serendipity for this blessed event.

Sometimes, a persuasive skill can be as minimal as having the audacity to ask for something, no matter how uncomfortable and inconvenient. I’ll remember that the next time someone needs a last-minute favor from me on Christmas Eve! 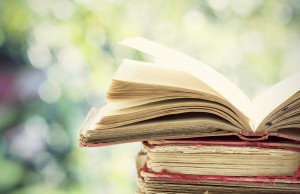 One of the Best Ways to Save Time and Improve Your Efficiency as a Writer: Choosing a Niche