“I can’t imagine another way of working … I absolutely love the freedom of it. I can go to my computer if I have an idea in the middle of the night. I can work in jeans. I’m an introvert, so I actually like not having to talk or gossip with office mates.”

You know a writer has found her calling when you ask what she’d do if she had only six months to live, and she answers, “Write. I’m sure I would do that just as long as I could. It’s not only a way I make a living; it’s the way I process the world.”

To that, Donna Baier Stein adds, “Also, I’d spend time with family and friends. Give money away. Give whatever wisdom I’ve acquired away. But yes, write.”

This is undoubtedly why Stein is an inspiration to so many writers. She’s devoted her life to the pursuit of writing, and never once looked back. From poetry to novels to direct marketing, she’s crisscrossed the fields of paid writing and wound up successful each time.

In fact, Stein says it’s this habit of crossing industries — boundaries, really — that made a difference in her writing skills. She believes it can improve any writer’s skills.

We connected on a mild day in February, with Stein taking questions from her home in New Jersey.

Writing has been her life goal from the start. “I began freelancing in 1980 after working for several years at Times Mirror Magazines in NYC and later, an ad agency in Washington DC. Before joining Times Mirror, I had graduated with an MA in Literature. I always knew I wanted to be a writer.”

But it was a career in copywriting that first grabbed her heart. “My father, Martin Baier, has been called the ‘Father of Zip Code Marketing.’” Indeed, Baier’s father invented zip code marketing in the late 1960’s and is regarded as one of the 50 leading direct-marketing thinkers, practitioners, and educators of the past hundred years.

“After inculcating the idea of ‘BENEFITS’ into me from an early age, he suggested I consider copywriting as a career. I was hired as an Administrative Assistant at Times Mirror, and after three months became a junior copywriter. I was absolutely thrilled.”

Stein’s early experience in copywriting naturally led to a focus on freelancing in the field of direct marketing. But throughout her copywriting career, she’s written poems, stories, a novel, two nonfiction books, and countless articles. “Writing is simply what I most enjoy doing. And I’m sure I have some ADD tendencies as well. One of the best things about having a 32-year freelance career is that I have been able to work on many different projects, for many different clients. It has never been boring.”

In fact, Stein just wrapped up a two-day copywriting seminar in New York City for people who flew in from Paris. “They’re launching a new non-profit and had run across my 25+-year control mailing for The Nature Conservancy.”

Even with so many impressive notches in her writer’s belt, Stein makes it a point to stay busy with projects. She’s currently working on copy for a new client website and just finished a direct-mail package for a client in California.

It all comes back to her constant drive to write. “I’m revising my novel yet again. I also spend about an hour a day working on the small literary magazine I launched in 2004, called Tiferet.” If anything, it’s proof of Stein’s relentless pursuit of writing success. Along with receiving awards for her poetry and prizes from various journals and anthologies, Stein has been recognized extensively for her contribution to direct marketing which includes being named the 2003 Direct Marketer of the Year by the New England Direct Marketing Association. Her stories and poems have appeared in Virginia Quarterly Review, Prairie Schooner, Washingtonian, and dozens of other literary journals.

Her “lucky” writing ritual makes the most sense out of any I’ve heard. “My desk is usually a mess,” says Stein. “So when I start to write in the morning, I put everything on my desk in a basket on the floor.” That helps her temporarily “forget” about it. “Of course, by the end of the day, the desk is a mess again.”

She’s also careful not to answer the phone while writing. Stein recommends and uses both Freedom and Self-Control — “Two apps that help you block email and other Internet sites.”

Her number one organizational tip for new writers who want to ensure their projects flow smoothly is to “Keep great files — which is so much easier to do now than it was in pre-computer days. And back up your files. I have a directory for each client with separate file folders for each job. I put EVERYTHING in there — client communication, drafts of copy, contracts, design, etc.”

She adds, “Another thing that’s important is to not run out of supplies. Having the right office equipment, the right software, the right email client — all of it helps.”

On the topic of specific writing tips, Stein emphasizes the importance of research. “I read everything I can about the client, project, audience, etc. I’ll start by thinking up some teasers (none of which I may end up using, by the way), then start writing the project. I’ll write a really long letter, let it sit, then go back and slash it down. I may find a good teaser line in the rough draft of the project. I’m a big believer in writing really rough drafts — I think it lets the real creativity come out.”

But along with her bursts of creativity comes a lot of self-editing. “I do a LOT of tightening. I truly believe that 80% or more of good writing is re-writing. I cut out everything that’s unnecessary.” Stein also recommends letting your inner writer guide the writing process. “I believe in watching for those unexpected moments of insight when you’re in the shower or running or lying in bed before falling asleep — after you’ve filled your brain with research and after you’ve written a rough draft. A teaser idea hits you, or an opening line for a letter. Those can be real jewels, and they’re found after you let the subconscious work on your project.” 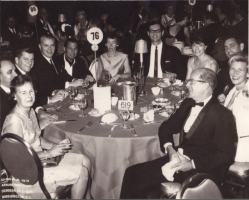 I ask whether her focused efforts over such a long career ever led to any bizarre writing experiences. Sure enough, Stein recounts a startling tale about her fiction book. “When I had an agent at William Morris, she asked me to rewrite a chapter in which the main character’s childhood home burns down. A few hours after I finished the chapter, a fire broke out in my office. Everything — desktop computer, all my file folders — was destroyed.”

Fortunately, that wasn’t the end of it. Stein adds, “Luckily, I had emailed the novel manuscript to a friend just three days before and had all my copywriting projects and other work on my laptop. That was pretty spooky though!”

Our discussion turns to the cherished freedom that comes with living the writer’s life. Referring to her 32 years of happy freelancing, Stein says, “I can’t imagine another way of working. I’ve been very fortunate. I absolutely love the freedom of it. I can go to my computer if I have an idea in the middle of the night. I can work in jeans. I’m an introvert, so I actually like not having to talk or gossip with office mates. I don’t like meetings and don’t have to attend too many of those. When my kids were little, I could take them to school or feed them chicken soup if they were home sick.”

She pauses, and adds, “Though I must say I got frustrated by snow days and was always ready for school to start up again! My children are grown now, and while I sometimes miss the days when they were little, I don’t at all miss that constant juggling women especially can find themselves doing.”

This leads to the topic of why there aren’t more women in the industry. I point out that Stein is one of the few female veteran direct-mail copywriters and ask her take on the matter.

“I’m so glad you asked this. I just recently visited a site that listed 10 Top Copywriters of All Time. All were men. I thought, ‘Wait a second!’ Not that these men weren’t/aren’t great copywriters. But we do need a mix!”

Stein tells me that direct marketing in the late 1970s, when she started, was actually an industry full of women. “Women weren’t really welcome in general advertising agencies back then.” So they flocked to direct marketing. “Joan Throckmorton was one of my own mentors,” says Stein. “[And there was] Lillian Vernon, Rose Harper … so many of them. There was a copywriter named Linda Wells that I remember hearing about, though I never met her. There are certainly lots of other women copywriters out there today. So more of our photos should show up on these Top 10 Lists!”

I ask Stein to share advice for new writers, especially given her background teaching copywriting and other forms of writing at multiple universities, corporations, and clubs. Stein’s advice for fledgling copywriters is simple and direct, “Study print and digital campaigns that have worked. Take classes. Join a local direct-marketing chapter. Write and write and write.”

For aspiring novelists, she advises, “Read a lot. Take classes. Join a writing group. Write and write and write.”

Both groups would benefit from checking out her favorite books on writing. “William Zinsser’s On Writing Well, is an old classic that can be read in an hour. Fiction writing books I love are Stephen King’s On Writing and Annie Lamott’s Bird by Bird.”

Aspiring copywriters would also do well to check out Stein’s own books on the craft. She co-authored Write on Target: Direct Marketer’s Guide to Copywriting with Floyd Kemske, and The New Marketing Conversation with Alex MacAaron. 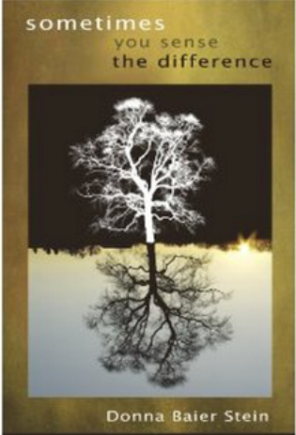 Despite her decades of writing success, it’s refreshing that Stein still has big goals. “I truly hope to see this novel published by a major house one day. It was represented by William Morris Endeavor until about a year and a half ago … And came very close to getting an offer from Crown. I’m revising it now and will soon submit to agents to try again.” Stein’s novel, Fortune, won the PEN New England Discovery Prize for Fiction.

Alongside her goal to publish with a major house, Stein is also taking advantage of the growing options in self-publishing. “For my magazine, Tiferet, we offer print and digital issues and are offering our first book now. We published that book through Amazon’s CreateSpace and are delighted with it. It includes interviews with wonderful authors like Robert Pinsky, Ed Hirsch, Julia Cameron, and many others.”

I close by asking Stein which of her many writing projects over the years has been the most rewarding.

“Oh my. That’s really hard to answer. I think probably The Nature Conservancy package I mentioned and another I wrote for National Parks and Conservation Association. Both became multi-decade control mailings so I feel very proud of those two projects. As to satisfying, it’s probably whatever project I’ve just finished!”

Editor’s Note: For more information on Tiferet: A Journal of Spiritual Literature, go to www.tiferetjournal.com.

Content Writing as a Career: A Surefire Route to a Steady Writing Income