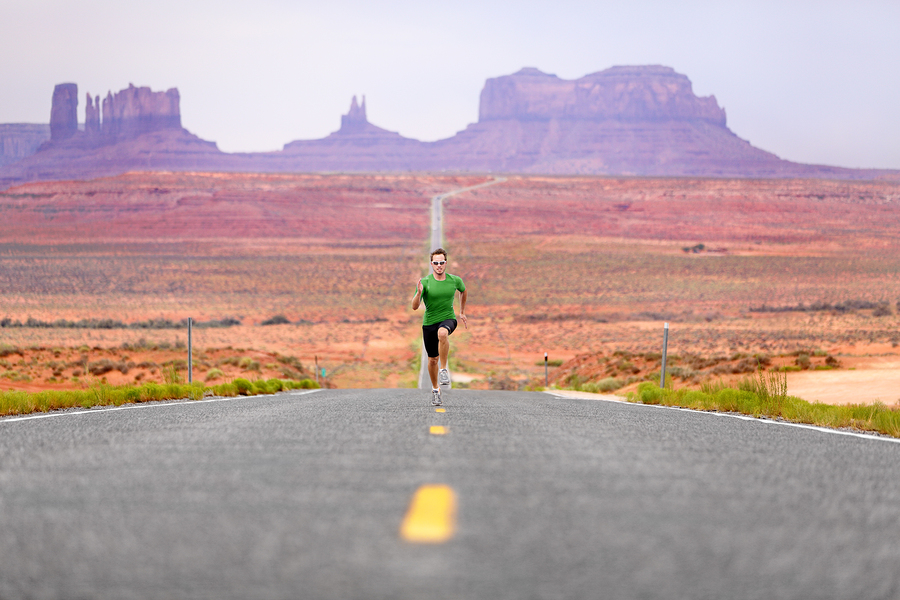 When I started out as a freelancer, back in about 1982, the process was pretty simple.

I decided to work as a freelance copywriter, hung out my shingle, and started making some phone calls.

Why was it so straightforward? Because back then, there were very few freelancers. Almost everyone was employed. The surge in freelancing had yet to take place. In fact, the question I was asked most often was, “What’s a freelancer?”

So, for many years, I never even had to think about competition from other freelancers, because there weren’t any.

There are tens of thousands of freelancers competing for work.

“I knew it! I’m doomed! There’s too much competition! I’m unworthy!”

Relax. Most of those “competitors” are not real competition at all. They are simply a buzzing crowd of generalists, charging way too little, and eking out a miserable existence, one unsatisfying project after another.

You are not going to be part of that crowd.

And, getting away from the crowd begins by addressing the issue of setting goals and following a plan.

What exactly is a goal?

It’s where you want to get to.

Imagine you were packing your car with suitcases and a neighbor dropped by.

It would be odd if you replied, “I don’t know. I’ll just be driving.”

The tens of thousands of other freelancers I mentioned are simply going to be “driving.” They don’t know where they are going. You, on the other hand, are going to have a clear destination, or goal.

The simple act of defining a clear goal will totally transform your future as a freelancer. It will separate you from almost everyone else and will deliver a huge competitive advantage.

Examples of goals for freelancers

Back in 1998 when I began specializing as an online copywriter, I set myself a simple goal.

“Within 3 years, I will be the best known and most widely-respected online copywriter serving large companies in the U.S.”

I knew my destination, and I also had a timeline.

Having a timeline makes sense for any journey. In fact, after asking you where you were going with all those suitcases, your neighbor would probably ask you when you were expecting to arrive.

It’s the same with freelance goals. You decide on both the outcome of your journey, and the approximate time of arrival.

“Within 2 years, I will be making six-figures as a freelance photographer for the travel industry.”

“Within 3 years, I will have built a $1 million business, serving the marketing needs of dentists.”

There are endless variations on this theme.

In fact, right now, stop reading, grab a pen and paper and fill in the gaps in this sentence:

Write a few versions. Just play with the idea of setting a goal, complete with a timeline. You won’t be graded on this, so you can write whatever you want. Write five versions, or 10.

Later, you are going to come back and look more seriously at what you have written. But for now, write without constraint. Don’t feel confined by what you think is possible, or by what you think you are ready for. Just let it flow.

The power of self-fulfilling prophecies

When you write down a goal, with its timeline, you are predicting the future. You are making a prophecy.

All this separates you absolutely from all those generalist freelancers who have no goals, and who are simply meandering around, picking up scraps of work wherever they can find them.

I began 1998 with a goal. And yes, it acted as a self-fulfilling prophecy. My goal beckoned me. My purpose each day was clear … I simply had to take the next step forward towards that goal, or destination.

Knowing where you are headed makes all the difference in the world.

In 1998 I had a goal, but on the day I committed to that goal, I had no idea how I would achieve it.

It would be nice if I could simply have written out a step-by-step plan, followed it carefully and, as a result, automatically achieved my goal.

But life isn’t like that. Yes, we can rough out some plans. But, we have to be aware that after taking the first step or two, everything can change.

As military leaders like to say, however great the plan, you have to be prepared to change it after the first shot is fired. In other words, the future is unpredictable. This is particularly true when your timeline is measured in years. It’s tough enough predicting what’s going to happen next week.

So, here is what I did. I attempted to figure out how I would achieve my goal in fairly general terms.

Specifically, I wrote the following note to myself:

Over the course of those three years, I planned to do good work for companies within my target market. But, DOING online copywriting work was not at the heart of either my goal, or the means to achieve it.

This is the difference between doing our work as freelancers and marketing our freelance businesses.

Yes, doing good work would be part and parcel of my achieving my goal. But the real heavy lifting would be done by how I chose to MARKET myself.

This is a key distinction, and one that is rarely understood by freelancers.

If I had spent all those years simply doing good work, I would not have achieved my goal. Why not? Because I would be known only by my clients, past and present. And that wasn’t the plan.

If I am only known by my clients, then I will have to keep going out there to find new clients.

But, if I become a famous name within the marketing departments of thousands of companies, then they will come to me. And as soon as clients approach me, and not vice versa, I can be picky about the work I accept, and charge a lot more.

Take one of the goal statements you have written, and then write a first draft version of my general marketing statement.

Here it is again:

Always be alert to opportunities that fit your plan, and take you a step closer to achieving your goal.

You know your goal. You know, in general terms, what needs to happen to make it come true.

From this moment on, you become super-alert for any opportunities that can help move you forward.

And, you start beating the bushes. That is to say, you begin to take actions that might flush out some of those opportunities.

Let me illustrate what I mean by describing how my own plan progressed.

At the beginning of 1998, I started with no website, no clients, and no portfolio of online copywriting work.

But, I did have a goal and a plan. So, I began to beat the bushes for opportunity.

The first thing I did was start posting to an online marketing discussion list. (There were no blogs back then.) And, I really worked at those posts, to make sure they delivered real value. If you want to get noticed, you can’t afford to be mediocre.

Sure enough, a few weeks later, the editor of a very well-known website for online marketers emailed me and told me she really enjoyed my posts. She then asked if I would like to write an article for her site.

When an opportunity supports your plan and your goal, you say yes. If it doesn’t, you say no.

The first article was well-received, and I ended up writing a weekly column for them.

My name was getting out there, in front of my target audience. Being published on that site also gave my name credibility, and some authority.

“When an opportunity supports your plan and your goal, you say yes, if it doesn’t, you say no.”

A few months later, the co-founder of the website asked me if I would step in and speak in his place at an upcoming conference. I had never spoken at a conference before, or used PowerPoint. Nor did I have any kind of presentation prepared. But, of course, I said YES.

I said yes because the conference attendees would be from my target audience, and being on the stage would add to my credibility and authority.

I went on to speak at dozens of other conferences.

Then, one evening, I was having dinner with a fellow speaker. He told me he was working on his second book, which would be published by McGraw-Hill, New York. When he asked me if I would like an introduction to his editor, I said YES.

One week later, I had a contract to write my book,

Set a goal, and then work your plan obsessively

People have said to me that I was lucky to get those opportunities. But, that’s not really true.

The difference between myself and most other freelancers is that I had a clear goal. And, I had a plan.

I then put myself out there, shook the bushes, and when an opportunity came up that was aligned with my goal, and my plan, I said YES.

Just as importantly, when an opportunity came up that wasn’t aligned with my goal and my plan, I said NO.

To succeed, you need to have a clear goal, and a strong plan.

The goal should be very specific. The plan, as we saw earlier, needs to be a little more general — simply because it might have to adapt to changing circumstances.

Once you have your goal and your plan, you need to put yourself out there in some way as a means to flush out the right opportunities.

Take out a blank sheet of paper and write down your goal, your plan, and a few ways to flush out the right opportunities.

Once you have done that, you will be miles ahead of 99% of other freelancers.

You won’t have to worry about competing with those other freelancers, because you will be in a different league, operating on a higher plane.

One last thing … Define a goal that excites you.  Make sure it is aligned with your strengths.

And, make sure that it not only defines a destination you would really like to get to, but also that you will enjoy the journey along the way.

This is the way to achieve success as a freelancer. And, the road to success is a fun ride!

When You Have to Turn Down Work, What Do You Do? 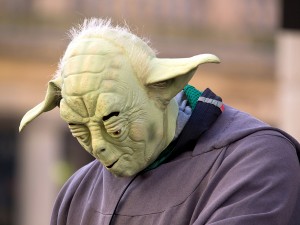